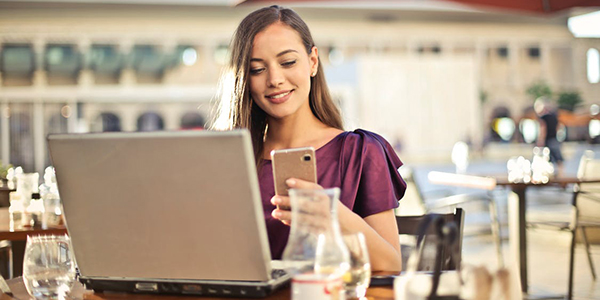 Today (1/15/15), Internet Retailer released its exclusive report on the findings of our soon-to-be released research study. Be on the lookout for the link to the full study next week.

By Don Davis, Editor in Chief

Retailers tweaked their e-mail marketing programs in important ways in 2014, seeking to win sales more through personalized offers and less with discounts, according to a study by e-mail marketing firm Listrak. They also got more aggressive in seeking to persuade web site visitors to sign up for their e-mail lists, but are missing opportunities to connect with mobile shoppers, Listrak says.

Listrak studied the e-mail campaigns of the top 1,000 retailers in North America by online sales, those ranked in the Internet Retailer Top 500 Guide and in the Second 500 Guide, which ranks retailers ranked Nos. 501-1000. A report on the study by Megan Ouellet, director of content marketing at Listrak, will be released next week.

The study found that 22.2% more of the Top 500 retailers sent personalized e-mails in 2014 than in 2013 and 7.5% more among the Second 500. Listrak also noted that more retailers including product recommendations in e-mail, “increasing the level of personalization and engagement.” Among Top 500 retailers, 22.2% used product recommendations in remarketing campaigns, for example to shoppers who have abandoned shopping carts, an increase of 85% over 2013; 7.5% of Second 500 retailers recommended products in e-mail remarketing campaigns, up 87.5% over the prior year.

But retailers were not relying as much on discounts to woo shoppers: there was a 45% decrease in discount offers in retailers’ first remarketing message, Listrak says.

The report points to Best Buy Co. Inc., No. 15 in the Top 500, as a retailer sending effective remarketing e-mails to shoppers who left items in carts, without offering explicit discounts. In the first message Best Buy offers to match a lower price, and later asks if the customer is ready to complete the purchase. Both e-mails include ratings and reviews on the products in the cart and recommendations of related items.

Retailers on average only have the e-mail addresses of 29% of web site visitors, and Top 1000 retailers are taking added steps to collect those valuable e-mail addresses, often through on-screen pop-ups (also called “modal lightboxes”) that encourage a shopper to sign up. Listrak found 28.9% of Top 500 retailers using this technique in 2014, an increase of 25.6% from 2013. For Second retailers, it was 29.5% asking for the e-mail address in an on-screen overlay, up 77.7%. For Top 500 retailers, 46.5% offered no discount or offer—such as free shipping or entry into a contest—as an incentive to sign up for e-mail, but that was true of only 31% of Second 500 retailers.