Happy Birthday to Me: Gifts in My Inbox 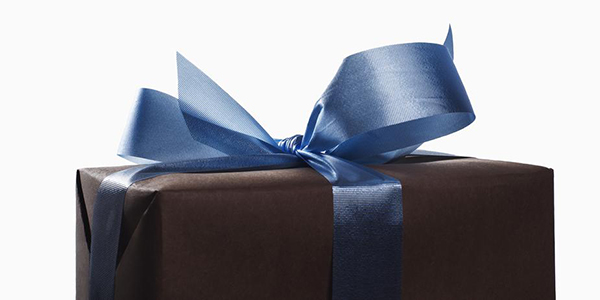 Listrak CEO Ross Kramer recently shared with Multichannel Merchant the many ways that retailers helped him to celebrate his birthday. The article appeared November 17, 2014:

While broadcast campaigns produce the lion’s share of email marketing revenue for retailers, triggered campaigns – like birthday messages – produce the highest ROI. Having just celebrated a November birthday, I noted some trends that popular merchants are implementing to help subscribers celebrate their birthdays.

Nearly half of all the birthday messages I received arrived in my inbox on the first of the month, and about a quarter arrived on my actual birthday. While the first of the month makes sense, because offers are typically good for the subscriber’s birth month, it is a little less personal than receiving a message on the exact day. Sundance Catalog creatively addressed this with a message that works beautifully for all birthdays -except those that fall on the first:

Half of the birthday offers I received were 20% off my next purchase, and most were good for both online and in store for those retailers with brick-and-mortar locations. Those that were more generous percentage-wise required a minimum purchase, like these from Kenneth Cole and Trina Turk:

It was interesting to see that a few merchants offered a free gift with purchase instead, which we find is a quite effective and seemingly generous promotion that actually doesn’t have to cost the retailer much:

It was also interesting to see that while 7 For All Mankind offered the standard 20% off, they also took the opportunity to ask for a gift in return, so to speak, by requesting that I Instagram a photo of myself celebrating in their jeans:

Nearly none of the birthday emails I received featured products, and therefore did not offer much opportunity for personalization. A few retailers did attempt to personalize by gender, however, but actually got it wrong because they evidently based their segmentation on something other than my name, like my email address or browse behavior:

It’s hard to tell whether or not this email from Brooklyn Industries, a retailer of apparel for both men and women, is personalized based on gender, but it definitely caught my eye because of its creative design:

Making it about me

In addition to being mostly void of product, I noticed that most of my birthday emails were in fact very subtle in terms of branding in general:

While this may seem like a missed opportunity, I believe it’s actually a very intelligent move on the part of merchants to take this unique, once a year opportunity to make it totally about the subscriber, which is refreshing and surely helps to strengthen brand loyalty.

A tip for you

If you embark on investing time and resources into building a birthday campaign email, you might want to take the opportunity to add one more triggered message to your cadre of highly engaging, triggered campaigns – a half birthday campaign. This unexpected message serves to communicate on a personal level with the recipient and celebrates that she’s halfway to a birthday. In my experience this campaign performs about half as well as the birthday campaign, however, it will deliver lots more revenue and engagement than the broadcast campaign you would otherwise be sending the recipient on that day.