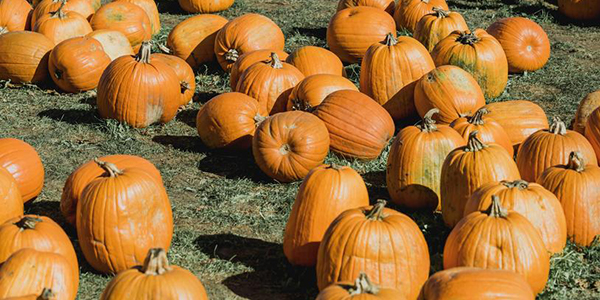 Halloween is one of the fastest-growing consumer holidays with Halloween spending this year expected to reach a record $7.4 billion, according to the National Retail Federation. We’ve been keeping tabs on our inbox to see the tricks and treats leading retailers have been using to get in on the action and have seen some interesting trends:

Getting Off to an Early Start

When the competition is tough, being first is one way to get attention, and it seems that quite a few retailers attempted this strategy. On August 4, nearly three months in advance of the holiday, Carter’s sent an email with the subject line “Boo! – picks for Halloween”. On August 29, another children’s clothing brand, Gymboree, announced they were kicking off the Halloween season with a generous promotion with the subject line, “Hello Halloween! 40% off spooky-good styles”.

Several others like Urban Outfitters, Petco, PetSmart and Williams-Sonoma also promoted Halloween in September, and in the middle of the month, Crate & Barrel sent this email along with the spooky subject line, “It’s creeping up…”:

Getting in on the Action

It was projected that consumers are planning to spend a record amount this season, and this past week, we’ve seen several retailers whose products do not typically lend themselves to Halloween using creativity to try to get a share of it.

Barnes & Noble focused on urgency – rather than Halloween – in the subject line of this email (“Hurry! Your Extra 15% Savings Coupon Ends Tomorrow”), but then subtly capitalized on the holiday in the email graphics. This is particularly peculiar because the sale itself is not Halloween-related:

Several other unlikely retailers strategically positioned their products to fit a Halloween theme:

Sunglass Warehouse even went as far as to put together a costume guide to help shoppers with the always difficult decision of what to wear:

As we enter the holiday shopping season and inboxes become even fuller than usual, smart retailers begin using urgency in subject lines to get subscribers’ attention, and often tempting promotions to begin getting latent customers engaged and purchasing again.

We suspect that this might be at least part of the strategy for retailers like Shutterfly, who used the subject line, “This’ll give you chills: 50% off all photo books + 30% off all the rest” and then Hot Topic, who used the urgent “Boo! Just hours left to get 30% off” after having more gently kicked off the sale a few days earlier with “Hey, pumpkin – get 30% off”.

Party City has employed this strategy in the past several days with urgent subject lines like, “25% Off + Get It Before Halloween!” and “25% off – Last Weekend to Shop Before Halloween!” Most recently, the retailer upped the urgency with the headline, “Save 25% – Halloween is in 2 Days!” and an email that introduced strategies that most retailers traditionally save for the days between Thanksgiving and Christmas Eve: Focusing on Shipping

As late as October 28, Costumes4Less was using the subject line, “Halloween Delivery Guaranteed” and several days earlier, Disney Store promised, “Shop, SAVE & Ship in time for Halloween!” For several days in the past week, Spencer’s Online has touted $9.99 2 Day Shipping, and on October 28 made the commitment “Halloween is 3 Days Away But You Can Get It In 2!”

Recently, Harry & David went about it a little more gently with the subject line, “Hurry, you can still share sweet thrills this Halloween and enjoy free shipping” and this email:

And Williams-Sonoma skipped the Halloween mention and shipping promise altogether in the subject line of this October 29 email:

Ross Kramer is  CEO of  Listrak