How Mood Fabrics Drives a 7% Conversion Rate on Email Campaigns 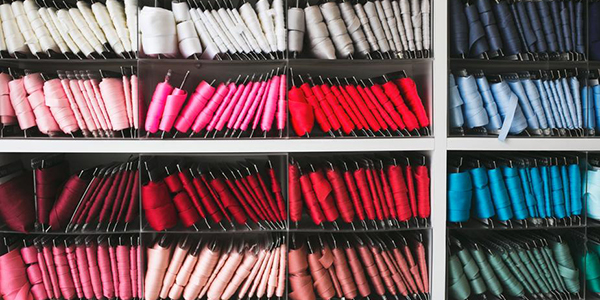 The online retailer of fabrics and other sewing products says its conversion rate from targeted emails is 14% higher than standard campaigns broadcast to all customers on its list.

About a year ago, Mood Fabrics received more than 20% of its e-commerce revenue from consumers clicking onto its site from its regular marketing emails touting discounts or the availability of new products. But company executives wanted to drive more sales from its email list and highlight additional items from its extensive inventory of 20,000 online SKUs without requiring busy staffers to hand-select products every time the retailer wanted to send an email to consumers.

To that end, Mood began sending automated recurring messages with the help of email marketing provider Listrak. The new system personalized email messages to each consumer based on products she had viewed on-site or purchased in the past, and automatically generated a set of products to present to each shopper, Mood Fabrics owner Eric Sauma says.

Mood’s emails to consumers are much more relevant now, Sauma says, as it’s able to tailor its messages to customers that are clothing designers, do-it-yourself shoppers or home sewers—three customer segments that tend to buy different types of fabrics.

One campaign, for example, showed consumers “Top Sellers This Month,” while another read, “See what’s new and trending at Mood Fabrics.”

Results of the new email strategy implemented in the third quarter of 2014 were immediate. The average revenue per email for three recurring automated campaigns was 3% higher than the average for Mood’s standard broadcast emails it sends to all consumers, and the conversion rate was 14% higher. Average order value was $5 higher, and the recurring message accounted for 5% of Mood’s total e-commerce revenue during the period. Mood now gets about 28% of its online sales from emails.

One campaign Mood sent to shoppers after they made a purchase, which read, “Like what you bought? Check out these other recommended products,” drove a 7.23% conversion rate, Mood says.

Mood Fabrics, made famous by being featured on the popular television program “Project Runway,” says it pays Listrak $3,000 to $5,000 per month for its services, depending on the number of emails it sends.

The retailer operates one physical store each in New York City and Los Angeles. It gets about 20% of its total revenue from the web, Sauma says.