Internet Retailer: Email 'Batch and Blast' is a Thing of the Past
Deliverability
posted on
July 7, 2015

Internet Retailer: Email 'Batch and Blast' is a Thing of the Past 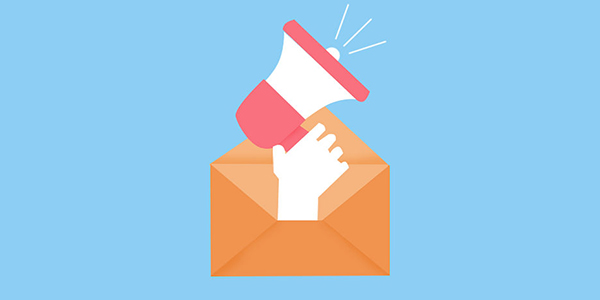 In the July issue of Internet Retailer, Associate Director of Research Stefany Zaroban writes about how Listrak demonstrated how to connect in-store data with email at our booth at IRCE:

Marketers have to be far more nuanced in their use of email marketing, IRCE attendees said.‍

When it comes to email marketing, the practice of sending the same message to all customers—known as “batch and blast”—has fallen out of favor. Given that inboxes are increasingly crowded with marketing messages, e-retailers have to become more creative if they are going to get customers to open their emails, let alone click through and buy something.

At least that was the message delivered by many e-retailers and email marketing firms roaming the exhibit hall at the Internet Retailer Conference & Exhibition this year.

The most effective strategy, they say, factors in a customer’s purchase history, browsing behavior or social cues to email messages, which makes the communication far more relevant and more likely to entice consumers to buy, and buy again.

This trend toward connecting customer data with email can even tie into a retailer’s mobile apps or physical stores, as was demonstrated by email marketing firm Listrak in the exhibit ball. The Listrak booth featured a store mock-up for its client Giggle, which sells high-end baby gear in stores and online. Each store department in the booth, such as toys or baby gear, and products displayed throughout contained iBeacons tied into an iPhone app that Listrak built for IRCE.

Visitors could open the app and walk through the store as if they were shopping. When a shopper reached the toy department, the app would show her the online toy category page where she could click on products to order or learn more. If she stopped at the Sophie la Girafe baby toy, for example, the iBeacon would sense her location and show her more information about the toy, including customer reviews and consumer-generated images of other customers playing with the toy pulled from social networks with help from crowdsourcing technology company Olapic Inc.

Upon leaving the store, the shopper received an email thanking her for stopping by. It also showed her the Sophie toy, and other toys she might be interested in.

“These types of messages can create a real emotional connection with the customer, and make shopping a much richer experience when we can take into account all of these touch points,” says Shawna Hausman, Giggle’s vice president of e-commerce and digital marketing.

Other merchants at IRCE said they are using behavioral analytics technology to figure out which customers to email more often than others. For example, high-end shoemaker and online retailer Donald J Pliner uses the Propensity to Buy tool from behavioral analytics firm AgilOne. This scores Donald J Pliner’s customers from one to 10 in terms of how likely they are to buy at any given time. The tool factors in signals such as the length of time since the customer last visited the e-commerce site or how often she has made a purchase in the last six months.

When the merchant emails the people rated with the highest propensity to buy, the emails perform five times better than those sent to other segments that AgilOne determined were less likely to buy. “It’s clear now that these are our active shoppers, and at any given point in time, these are the people that are likely to buy something,” says Julian Chu, operating partner at Castanea Partners, which owns a majority stake in Donald J Pliner and helps to oversee its e-commerce program. “We get around 80% of orders from this group, and 20% from the three or four other groups.”

Plus, Donald J Pliner now knows to send fewer emails to shoppers less likely to buy, which prevents fatigue and a high number of consumers unsubscribing from its email program, Chu adds.