Fighting Comp: Are Early Holiday Promotions a Charm or a Challenge? 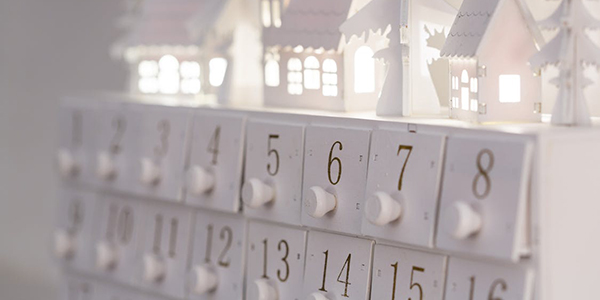 Holiday marketing campaigns appear to start earlier every year, both in-store and online, and it seems that the larger omnichannel retailers are leading the way this year. RJMetrics released a study to remind us that Q4, specifically November and December, can account for more than 30% of total annual revenue, and the holiday-themed promotions tend to lift revenue upwards of 40% when compared to off-season promotions with similar offers.

With these types of performance metrics, it’s no wonder retailers are anxious to get started early.

My colleagues and I share our consumer experiences with each other and we were all surprised to have recently received early holiday campaigns from some of the larger omnichannel retailers. The examples below show two unique strategies; one head-on Christmas message featuring holiday decorations from Pier 1 Imports (received 9-16-15) and the second from Wisteria (received 9-29-15) featuring its holiday gift guide and lookbook. Don’t misunderstand, I have no objections to receiving solid marketing messages with offers that help me better prepare for the holidays; but, based on years working in the retail sector, I know that leveraging holiday messaging so early can also have its downside.

The challenge is that these types of campaigns will probably drive an increase in top-line sales, especially when companies compare them against the same time period LY when they didn’t circulate an early holiday campaign. And in addition to seeing top-line revenue lift, these omnichannel retailers will also see an increase in comparable sales across their physical store locations.

This attributable increase in comp sales is probably the main reason retailers tend to start their holiday marketing campaigns earlier and earlier each year. You can just imagine how happy retailers are with the numbers – and themselves - when they run their first early holiday campaign.

So now that retailers are fighting comp and winning with their newly discovered early holiday campaigns, confidence is high for a strong holiday and Q4. However, there may be a surprise right around the corner.

What happens when the consumer is trained to shop early for holiday and ultimately stops or slows down on the more traditional holiday shopping days, i.e., Black Friday, Cyber Monday, etc? This consumer behavior shift can create a huge business challenge with eroding YOY comp sales that could significantly impact a retailer’s business during the most important selling period of the year. Remember, the year before, retailers may not have sent an early holiday campaign, thus pushing purchase demand further into the traditional holiday shopping days.

Simple polling indicates that many consumers will shop early and late, or in other words, when there’s a reason (deals); however, we can all agree that there is a ceiling to total retail spending within Q4. According to a recent Study by AlixPartners via Reuters, 2015 Holiday sales are expected to grow 2.8 to 3.4 percent during the November-December shopping period compared with 4.4 percent in 2014. Although projections don’t always come to materialize, if this study has any accuracy, starting early with holiday marketing campaigns this year could only exacerbate an already challenging Holiday Q4 sales comp.

What You Can Do

Keep holiday shoppers engaged and buying throughout the entire holiday season – even those who purchased early – by ensuring that every email you send to them is personalized to their needs. Remember that people are not only buying gifts, but also for themselves as 57% of shoppers admitted to self-gifting last year. Emails that feature personalized content based on the shopper’s behavior will be the key to reaching and exceeding your holiday goals this year.