Chronic Email Non-Openers: Tips for Re-Engaging before it’s Too Late 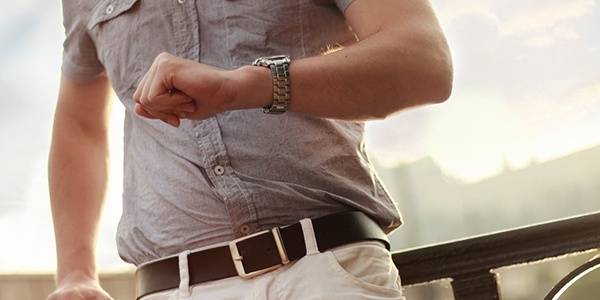 Many retailers are constantly challenged by the growing number of inactive email addresses on their lists. The never-ending debate around removing these email addresses is still a popular one.

Research from Econsultancy shows that an average of 61% of email customer databases are “inactive.” That means that nearly 2/3 of your subscribers haven’t opened a single message from you in months. This is a really big deal – and its impact can be felt across multiple areas of your business:

With that many subscribers lying dormant, it is important for you to reactivate as many of them as you can while also focusing on your active subscribers to be sure they don’t lapse. And we’ll get to how to do this in just a minute. But there may come a time when it makes more sense to remove or suppress the ones you can’t re-engage completely.‍

Defining inactive
I can hear the protests raised by my last sentence – and, believe me, I understand. You worked hard and spent a lot of money to acquire those email addresses and you don’t want to give up on them. Clearly there is a chance that they might open an email someday, right? They subscribed to your list for a reason and they asked you to stay in touch.

And those are all great points. It is difficult to cut people loose after all of the time and effort you spent acquiring their email addresses, nurturing them and attempting to re-engage them. But there comes a point where it makes better business sense to remove them.

To determine the correct way to handle in actives, you must start by defining what an inactive means to your business. Many retailers define this segment as any subscriber who has not opened, browsed or purchased within a given period of time frame. This time frame usually ranges from three months to one year.

That’s a broad definition and in order to accurately define your audience, you must break it down further. While it is important to identify all of those segments so you can send targeted messages to get them to click and buy, it is equally important to handle the non-openers differently. This is the chronic non-opener segment of your list and the ones that require extra attention as they are the ones that can damage your sending reputation.‍

Don’t wait until it’s too late
The best way to deal with chronic non-openers is to prevent as many subscribers as you can from lapsing. The easiest thing you can do is give your audience more than one opportunity to open a message. At Listrak, we call this Multi-pass. You can automatically schedule an email to be sent to non-openers at predetermined times and you can even change the subject line. This shouldn’t be used on every message you send and you must carefully plan the timing of these messages to work with your overall email schedule, but it is an easy way to resend your most important messages to your audience. Sometimes, a different subject line or deployment time is all it takes to reactivate a non-opener.

Chronic non-openers, however, need more than that to re-engage them. After all, we’re talking about the people who haven’t opened in weeks or months. Here are four strategic tips to help you prevent subscribers from lapsing:‍

Make re-engagement a priority and reactive as early as possible
Begin re-engagement campaigns at 30 days and continue at 60, 90, 180 day intervals. These re-engagement messages don’t have to be complex to work. You can simply change the subject line and header message to make the messages relevant to different segments. For example, the email on the left can be sent to subscribers who haven’t opened a message in 30 day using the subject line “Don’t miss out – 10% off coupon inside!” while the message on the right can be sent to subscribers who haven’t opened in 90 days using the subject line “Come back and get 10% off your next order.”

By prioritizing lapsing subscribers and giving them the extra attention that they need, you will prevent a portion of your audience from falling into this segment. A 2014 study by Return Path (based on 33 brands who implemented reactivation campaigns) saw open rates increase by 13%, with 75% of the reactivated subscribers continuing to open emails after 89 days and 25% up to 300 days later.‍

Send personalized messages to ensure relevance
The more personal these re-engagement messages can be, the better they’ll work. Try including personal recommendations based on the products the subscribers previously browsed or purchased. Even if it has been several months since their last site visit, showing new merchandise in the same category they viewed or purchased makes these messages relevant.

Automate your reactivation programs
It’s important to send an automated series of emails over a period of time with messaging showing that you miss and care about the customer’s engagement or business.

We have seen clients successful with a 4-6 message series sent over a period of 30 days to anyone who hasn’t opened an email within 6 months. During the period of time when subscribers are receiving the series, it’s important that these subscribers are excluded from your regular marketing messages so these reactivation emails stand out.

One client sends a four message series to subscribers who haven’t opened in four months, highlighting the fact that it’s been a while since they heard from them and asking if they want to unsubscribe. The message also offers a 20% discount code in order to entice shoppers back to the site.

The same message is sent out each time but the subject lines change:

Subject line “Should we stay or should we go?”

When sending to chronic non-openers, it is okay to be creative with your subject lines. You’re sending to people who aren’t engaged and you have nothing to lose at this point. Stay on brand, but try not to use generic subject lines, such as “20% off today only”. Even though you are offering a great deal, the subject line probably won’t stand out in an inbox. Try playing on their emotions and use language that suggests they are about to be removed from your list.

We published a case study proving how personal product recommendations can re-engage subscribers and get them to purchase – even the chronic non-openers who haven’t engaged in over a year. You can read that case study here.
‍

If that doesn’t work, can I try something else?
The fact that you have the email address for these chronic non-openers provides a number of additional remarketing opportunities. Email is the universal identifier and, as such, you can target these shoppers across multiple channels.‍

Display/Paid Media
You can also try to reactivate chronic non-openers in display/paid media channels. To do this, you simply provide a list of your inactive customers to a data onboarding company, which then passes through to your DMP/DSP to execute paid media buys to target these consumers with display ads. This is all in an effort to encourage customers to return and engage with you!‍

Mobile
In the mobile channel, marketers can engage via several methods to reactivate their users. They can do push notifications or in-app messages, or they can use in-app email to drive re-engagement.‍

What can I expect?
Taking the time to actively pursue your chronic non-openers is worth it. You’ll not only get a boost in opens and clicks, but sales, too. But even the ones who don’t re-engage with your brand add value. The fact that you can identify them makes it easier for you to suppress them from future sends. This not only protects your reputation but also provides a much better and more accurate view of your campaign performance. Right now, your metrics included the large portion of your list who aren’t engaged. By removing that segment and only sending to subscribers who are active, you’ll have better overall results.

Questions? Let me know in the comments section.