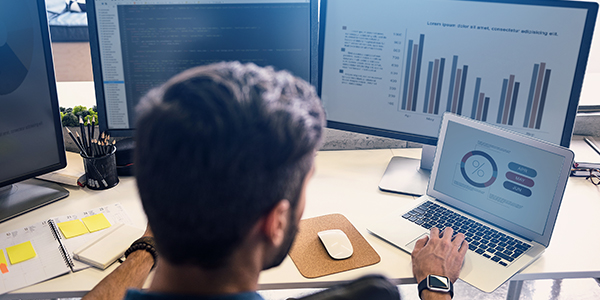 Once again we’ve gathered Listrak’s global retail email campaign metrics for the recently completed quarter and compared them to the metrics from the quarter prior.  Although the numbers represent all Listrak clients from across a wide array of verticals, many of whom may not be considered holiday-sensitive retailers, it’s always especially interesting to see how campaigns performed in Q4 - the months during which email volume and online shopping are at their peaks.

Here are my thoughts on what we’re seeing:

Notable: The only campaigns that enjoyed higher open rates vs. Q3 were Recurring Automated Campaigns and Welcome Series emails.

Insights: Opens obviously suffer in general when inboxes are fuller than ever; however, subscribers may have been especially eager to open Recurring Automated Campaigns because they contain highly personalized, up-to-the minute product recommendations based on each individual’s most recent activity, making them particularly helpful to busy shoppers.

Welcome Series messages, which see some of the highest open rates year-round, may have also been especially popular in Q4 because many shoppers subscribe to new lists during the holiday shopping season and are eager to take advantage of sign-up incentives.

Insights: We all know that email in general is the workhorse of all digital marketing channels, so it stands to reason that conversions would be up in general during the year’s busiest online shopping months.

Recurring Automated Campaigns, however, may not have converted as well because they are often used as a time- and cost-effective way for retailers to present full-price products, and holiday shoppers have been trained to respond to deep holiday discounts.

The dip in conversion rates for Post Purchase emails might be explained by the fact that this metric includes not only loyalty emails that follow soon after a purchase, but also those that are typically sent 30, 60, etc. days post purchase based on what the subscriber most likely bought for him or herself. In Q4, however, many shoppers are looking to purchase for others, so these messages may seem less relevant.

Likewise it is not surprising that Shopping Cart Abandonment email conversions were down slightly, as there is much more abandonment activity when traffic is high, and shoppers tend to put items in carts with less intention to purchase during the hectic shopping season.

In addition, we look at the global AOV and revenue per email sent for our retailer’s email campaigns:

In Q4, as you can see, campaign winners and losers were pretty even for both, and, to be honest, nothing stands out to me that would truly explain the metrics. There is not doubt, however, that Q4 is a pivotal quarter for retailers.

In fact, as I was finishing up this post, I came upon a very interesting report from RJMetrics, The Ecommerce Holiday Customer Benchmark, which sheds some light on just how important the quarter is for online retailers. RJMetrics reports for example:

What did you see in your business this holiday season? If you have any insights, we’d be eager to hear them.

Learn how the Supreme Court ruling in Facebook Inc. v. Duguid, et al. factors into SMS campaign updates you may be considering.

Use SMS to Engage with Customers Post-Purchase

Given today’s high adoption of SMS marketing, leveraging text messages or a cross-channel combination of email and SMS is a best-in-class post-purchase strategy all marketers should use.