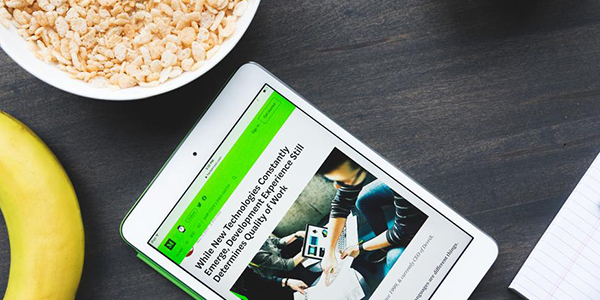 During this years’ Email Experience Council, I had the unique opportunity to speak with key email program personnel from Comcast, Microsoft, AOL and Google to discuss how they measure activity within the inbox and what senders of commercial email should be doing from their point of view.  Matt Moleski from Comcast, Paul Rock from AOL, John Scarrow from Microsoft and Sri Somanchi from Google were on hand to give some insight, helpful tips and answer questions regarding their organization’s email programs.

Initially we spoke about the concept of engagement and all four agreed that the inbox is not the same for everyone – and senders do not measure engagement the same way receivers do.  As a sender, you may have a great reputation with the receiver, but messages still end up in the SPAM folders of some users.  This is because those users have demonstrated, through their actions, that the messages (or similar messages) are not relevant to them.  A sender’s reputation and inbox placement are two different things.  The inbox is not a global concept, they are different for each user, and an overall reputation isn’t created based on how one or two users treat the mail.

During this years’ Email Experience Council, I had the unique opportunity to speak with key email program personnel from Comcast, Microsoft, AOL and Google to discuss how they measure activity within the inbox and what senders of commercial email should be doing from their point of view.  Matt Moleski from Comcast, Paul Rock from AOL, John Scarrow from Microsoft and Sri Somanchi from Google were on hand to give some insight, helpful tips and answer questions regarding their organization’s email programs.

Initially we spoke about the concept of engagement and all four agreed that the inbox is not the same for everyone – and senders do not measure engagement the same way receivers do.  As a sender, you may have a great reputation with the receiver, but messages still end up in the SPAM folders of some users.  This is because those users have demonstrated, through their actions, that the messages (or similar messages) are not relevant to them.  A sender’s reputation and inbox placement are two different things.  The inbox is not a global concept, they are different for each user, and an overall reputation isn’t created based on how one or two users treat the mail.

While some did indicate they look at things on a global scale, they all made it clear that specific user behavior plays a large role in determining where mail can land – and that behavior definitely affects that sender.  If a large number of subscribers perform the same action, the consequences could be global for that sender.  Subscribers have more control over their inboxes than ever before, and that is not going to be changing any time soon.  All four agreed that the focus is on a personalized inbox experience based on user behavior.  The key here is:  deliverability has become personalized. It’s no longer “all or nothing”.
We all know that filtering decisions are based on a myriad of data points.  The receivers referred to these data points as “signals”.  These signals are combined together by machine learning algorithms that are used to determine a sender’s reputation. There’s filtering by sending IP address, content comparison, and user level filtering.  The receivers also look at a number of signals that marketers do not have visibility into.

This led to a discussion on the specific user level signals that they use to determine what a user finds relevant.  All agreed that these signals of inbox engagement (shown below) play a fundamental part in determining the relevancy of your email campaign for a specific recipient.

I’ve seen several marketing emails which request the recipient to reply to the message as a call to action (re-engagement campaigns are a good example).  From the signals above we know this is a good thing and will work to better the reputation.  But a lot of times these addresses are not monitored – some even non-existent.  One tip here:  given that replying to emails is a positive signal that will ultimately improve a sender’s reputation, it might be worthwhile to make the sending addresses accept replies, perhaps even responding back to the subscriber.  Keeping up a conversation with your recipients will help shape relevant content – and according to the mailbox providers, it’s a very positive signal when calculating reputation.

We discussed infrastructure and the mechanics behind deliverability, but learned quickly that mailbox providers see this as a given.  Email authentication (DKIM, DMARC, etc.), DNS & rDNS, properly functioning reply addresses, feedback loops and working unsubscribe mechanisms are all the expected – if you don’t have it now, it may already be too late.  Good list hygiene practices shouldn’t be left to validation services after things go wrong, but should be part of your program from day one and followed throughout the entire lifespan.
From there, the conversation turned to overall mail volume that they see.  About 95% of all email received by AOL, Gmail, Outlook and Comcast is considered junk and is either blocked or filtered.  Of that, 85% is blocked due to poor sender reputation.  Permission-based email marketers are part of the “other 5%”, but sometimes tend to forget that the receivers have their hands full filtering the bad actors. This sentiment was shared by all the receivers.  They understand the frustration on the side of the marketers, and sometimes feel that marketers don’t understand the amount of work they put in dealing with bad actors.

One very interesting point shared by all was the fact that subject lines don’t matter.  That’s right - subject lines don’t matter (not size, not content, not special characters, not even FREE FREE FREE – yes, you can have as many exclamation points as you want).  They are not looking at subject lines at all.  That being said, if a subject line happens to trigger a behavior that is a negative signal, this will have an impact on inbox placement for that recipient.  If it’s large scale, there could be global issues.  I would also caution any sender that words like FREE still matter to the FTC – so if you use it, make sure it isn’t misleading.

In addition to this, personalization does not matter on the mailbox provider side.  Again, the receivers are not looking at that, unless of course the personalization causes negative signals.  Sometimes we see messages that say “Hello %%USERNAME%%” - or – “Dear First Name Last Name”.  I’ve even received messages with the wrong name and irrelevant personalization information in both the subject and body.  This quite possibly could trigger a negative signal from a recipient.

When asked about clicks, each agreed that they don’t count those either.  None of them track clicks within the message itself.  In fact, they all view tracking what a user does inside of their email as a violation of privacy.  Whether a recipient clicks on a link within a message or not, it has no impact on the reputation score that they give to a sender.

Blacklists came up and the feedback was that they do matter, at least to an extent.  AOL has their own internal blacklist.  If you land on their blacklist you are automatically blocked and the only way to be removed is to personally contact the AOL abuse desk.  If a sender is listed on other blacklists, it is viewed as one of the many signals used in the overall scoring of a sender’s reputation.  This was agreed upon by Google, Microsoft and Comcast.  Matt Moleski of Comcast pointed out that they also work with extensively with Cloudmark and a listing there is best handled through the standard removal request.

The subject of mailing to inactive subscribers came up.  This is something that I am asked for advice on a lot, so I was glad that they were willing to discuss this.  So, should you automatically get rid of recipients that have been inactive for 12 months or more?  According to Outlook.com’s John Scarrow, no.  Scarrow said not to simply get rid of them because they do not directly affect your reputation.  He indicated the only way these inactive subscribers could hurt your overall sender reputation is if they flag the mails as SPAM.  Keep in mind that this won’t keep you free and clear of the SPAM folder.  Remember that deleting and not reading a message is a negative signal.  The other’s seemed to agree, and Google’s Sri Somanchi provided some insight on handling inactive subscribers at Gmail which I will share later.

Sticking with the subject of inactive subscribers, each receiver weighed in on some of their account closure/suspension and SPAM trap policies.

We spoke about IP warming and “ramping up”.  During the conversation, Sri Somanchi of Google brought up the concept of “ramping down”.  He explained that similar to ramping up when adding a new IP with your existing ESP or switching to a new ESP, you should implement a “ramp down program” for inactive recipients.  When asked what something like this should like look, Somanchi provided the following tips:

Somanchi added that he gave this same advice to Google’s own marketing team at a recent summit held internally.  He explained that Google is a large sender as well and they also see “the other side of things”.  Further advice from Somanchi are what he calls the “5 R’s”:

In the end, each receiver provided some final words of advice for senders.  Here is what each had to say:

Matt Moleski, Comcast – “Gather metrics and understand what your recipients are doing in order to send better messages.  If you are an ESP, make sure you are actively maintaining your ISP relations.”

John Scarrow, Microsoft – “About 80% of mailers are signed up for our Junk Mail Reporting Program (JMRP).  If you are not signed up, do it now.  This is the number one tool used at outlook.com.”

Paul Rock, AOL – “Sign up for the AOL feedback loop.  Pay attention to the SPAM that you yourself receive and avoid sending any similar content.  Always remember, just because it’s legal does not mean it’s wanted!  Keep it relevant for your recipients.”

Sri Somanchi, Google – “Don’t make attempts to get your promotional email into the Primary Tab.  The Promotions Tab was designed for promotional content for our users.  Please do not try to ‘game the system’ as this is generally viewed as subversive behavior.  If you are being offered some sort of ‘back way’ into the Primary Tab, don’t listen to those consultants.”

In summary, I think the biggest take-away is this:  engagement is the measure of the value you bring to your subscriber’s inbox.  Keep your messages relevant and remember that not all your subscribers are the same.  Over the years I have read (and listened to) a lot about user engagement.  Many argue its importance, primarily because it’s always been know that it’s measured differently in the eyes of marketers than in the eyes of the receivers.  This meeting not only gave insight into the receiver interpretation, but also served as a strong reminder that receivers have their own measures because they value their users, not because they don’t like email marketers.  Calling an abuse desk and saying “…but my client is a legitimate organization…” does not work, because in the end, legitimacy is determined by the actions of your subscribers.  Whether good or bad, these actions shape your delivery for each individual and ultimately to your entire list.